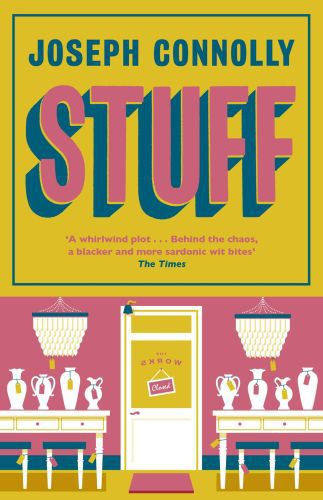 When Emily, a successful interior designer and utter bitch, has finished throttling her startlingly dim-witted husband Kevin one morning and packed him off for a day's labour, she never expects him to achieve anything but the usual myriad incompetencies: let alone seduce a young, attractive woman in Portobello Road. And when she's done screwing her husband's best friend Raymond in his dingy office, little does she know Raymond will be consecutively screwed over by his shrewd, secretly lustful PA with a fusion of blackmail and bankruptcy. Emily's a maelstrom of malice and cares not for the mess she leaves behind. But there's only so far she can push Kevin and Raymond before the storm finally breaks. With vicious flair, Connolly hurtles his cast of thrillingly repulsive characters into a plot of adultery, sadism and revenge, speeding towards a violent climax. This is a world where pretension has the biggest price tag and reason has been stripped, revarnished and hung with a darling, fake chandelier.